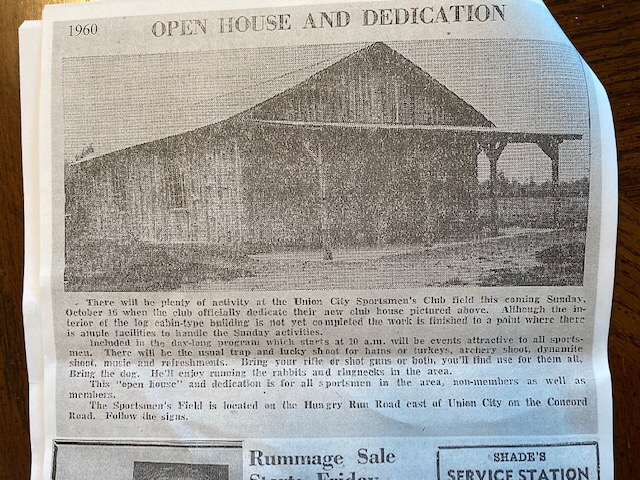 The Club is registered as a “Not for Profit” organization and is located on a 167 acre parcel of property in Union Township at 18520 Hungry Run Rd. Union City, purchased in 1955.

The first meeting was held at Dr. Paul D. Harrison’s home. The club used the Union City Fire Department’s room in the borough building for meetings until the club built a log cabin at their grounds in 1958. Dues were $1.00 per year.

The oldest continuous members of the club are; Larry Obert (1954 he attended the first meeting) Harold Powell (1956) and Mike Wojtecki (1957).