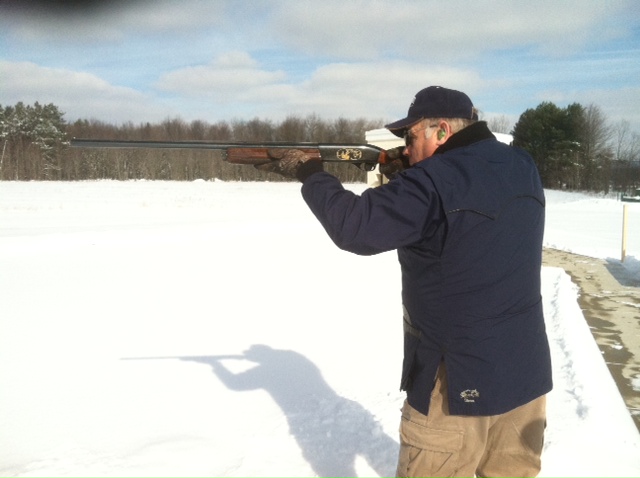 Union City’s first winter skeet/trap league is in the books folks!  We could have had better weather (we fired our forecaster) given we got gusty winds and light rain and temp in the mid 40’s, but on the other hand late February weather around here can be a hell of a lot worse, so we’ll take it.

Prize money was up for grabs for quite a few folks.  Aaron Kopay kept up his consistent ways putting up a 23 in both disciplines for a 276 total to snag 1st place HOA with Larry Price taking 2nd with his 273.  Following our rule of one prize per shooter, George Kirik took the 1st place prize in skeet with his 135, even though Aaron totaled 142.  2nd place skeet went to Amy Dunn (134) after her 3 station shootoff against Phil Stepchuck.  Finally, Doug Sliker took the trap division outright with  his 143 while Sean Spenser and Greg Schweitzer split the 2nd place prize when both of them had left the club before they could shoot-off their 139’s.  Larry Price also had a 139 but had taken the HOA runner-up prize.

Given the fact that the winter FCV league and the Erie Skeet Club Wednesday night league have been cancelled for this year, our club has decided to hold its own winter skeet/trap league, same as our fall Hanlin league.  For those that haven’t participated before, we shoot 25 skeet and 25 trap targets each week.  See below for other particulars.

We have plenty of hand sanitizer on hand and of course we recommend mask wearing and keeping your distance whenever possible, but we hope getting outside for some winter fun will be just what we all need right now.  See you there!