OH MAN!  Did we have some nice weather or what!  Our 2019 Fish Fry was a refreshing change from last years hot muggy conditions.

Friday’s doubles event, presented by the Union City Sportsmen’s Club, had 16 shooters compete under a mixture of clouds and sun with temps in the upper 70’s.  Kenny Riddile’s 97 made him champ with Kody Hoth’s 96 good for runner-up.  Kurt Suprynowicz and Mike Zavasky had 95’s with Kurt taking AA1.  Brad Gregory took A1 with a 92 and Dave Wilke taking A2 with his 91.  Chris Greenlee topped B class with a 89 while Dan Rogowski snagged B2 with a 86.  C1 went to Mark Kinner with a 92.  D1 went to newcomer Paul Carney with 73 while Willis Proctor took D2 with his 71.

Josh Crofutt’s 100 was the only one of the day making him gun champ.  Four nearly perfect 99’s were also shot.  Mike Zavasky was called away before the shoot-off so Dave Wilke, Kody Hoth, and Kurt Suprynowicz went at it in  the shoot-off for R/U. Kody prevailed for R/U, with Dave taking AA1 and Kurt AA2.

Thanks go out to Joe Fisher, Shannon Schweitzer, Maddie, and Beth Best for setting up and cooking up burgers, dogs, and French fries for those hungry for lunch.

The Pet Supplies Plus sponsored 20 Gauge event Saturday afternoon saw the breeze come up a bit, but still beautifully sunny.  22 shooters vied for glory but Josh Crofutt, continuing his good shooting with a 99, took the top spot in a shoot-off with his fellow Pittsburgher Kenny Riddile.  Kenny then was R/U.  Kurt Suprynowicz took AA1 (98) with Mike Zavasky taking AA2 (98).  In a shoot-off of 97’s, A1 went to Brian Steinert, with  A2 going to Kody Hoth.  B1 went to Ron Johnson (93) while C1 went to Chris Greenlee (94), and D1 to Paul Carney (81).

Saturday evening was reserved for the shoot namesake event, our annual fish fry.  Shooters and some guests were treated to some tasty Lake Erie walleye supplied by our member and expert fisherman Paul Huckno and fried up by club President Mike Wojtecki.  Corn on the cob, potatoes, numerous side dishes, and delicious desserts were enjoyed by all.  Thanks to all the members who helped in the preparation. 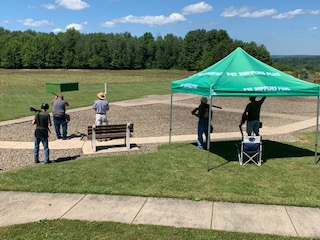 A “Good Friend of the Union City Sportsmens Club” sponsored our Sunday morning 28 gauge event.  Another sunny, but a little breezier and warmer day greeted 21 shooters.

Kody Hoth recorded a perfect 100 making him gun champ.  Dan Rogowski, Josh Crofutt, and Paul Augustine shot-off 99’s to determine R/U.  Josh came out on top with Paul then getting A1 and Dan B1.  AA1 went to Mike Zavasky with his 98 while Brian Steinert’s 96 took AA2.  Mike Rykaczewski captured A2 with a 98.  B2 went to Kurt Suprynowicz with his 98.  Chris Greenlee captured C1 with his 93 while D1 went to Willis Proctor for his 84.

Sunday afternoon brought the .410 bore, again sponsored by Mike Zavasky’s Pet Supplies Plus.  HOA implications were on the line as usual.  20 shooters participated.  Mike Rykaczewski came near perfection with a solid 99 making him gun champ.  Kurt Suprynowicz and Brian Steinert matched 98’s, with Kurt coming out on top in the shoot-off  for R/U.  Brian then took B1.  AA1 went to Paul Augustine with his 94, with Josh Crofutt taking AA2 after his 93.  A1 went to Mark Kinner for his 96 with Hody Koth breaking 95 for A2.  B2 went to Kenny Riddile for his 96.  C1 went to Mike Johnson for his 85 while Ron Kopf captured D1 with his 82.

Class 1 was a horse race going into the .410 with Josh Crofutt in the lead only down 2 targets (298) while Kody Hoth (296) only 2 behind Josh.  Mike Zavasky and Kurt Suprynowicz were tied at 295.  Suprynowicz pulled off the win with his .410 score of 98 giving him a 393 total.  Crofutt and Hoth ended tied for 2nd with a 391 total.  Unfortunately Mike Z was called away on a family emergency and was unable to compete in the .410 event.  We at UC want to thank Mike immensely for his sponsorship support for our shoot.  Our thoughts were with Mike Sunday afternoon.

As has been another custom at our shoot, HOA class winners get to take home a hand carved duck decoy made by member Steve Best.  This year, the decoys were drake and hen Canvasbacks.  In order to determine who gets their pick of decoys, a shoot-off is held (more free targets).  Tom “bested” Kurt but being the husband that he is, Tom let his wife pick the decoy.  She picked the hen, so Kurt took home the drake. 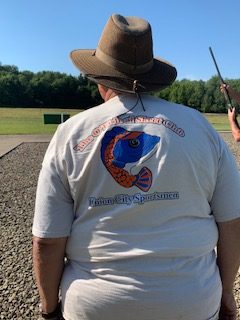 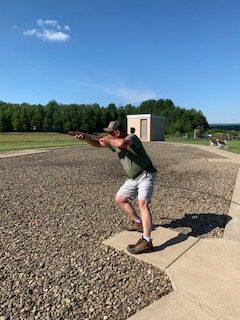 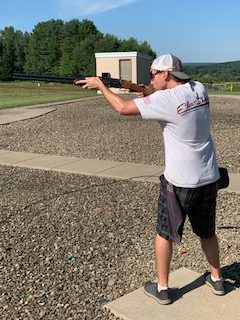 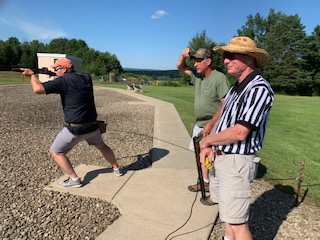 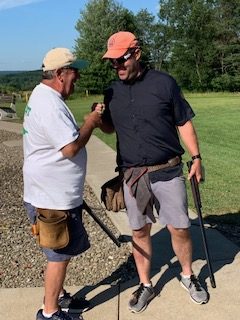 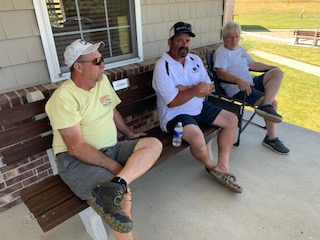 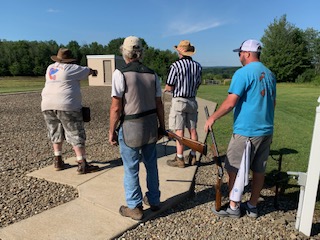 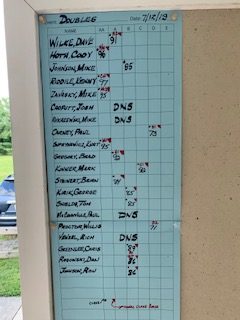 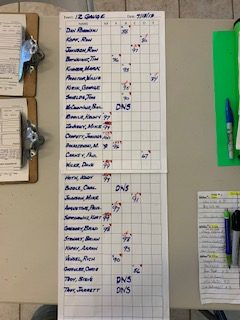 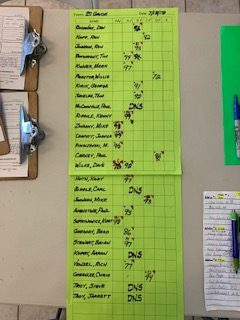 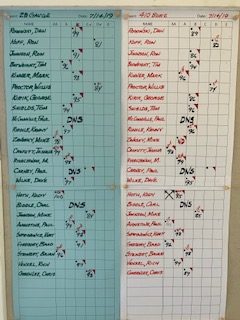 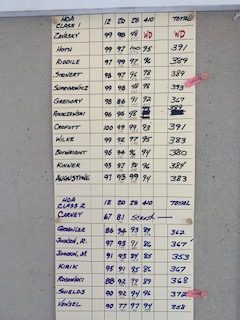