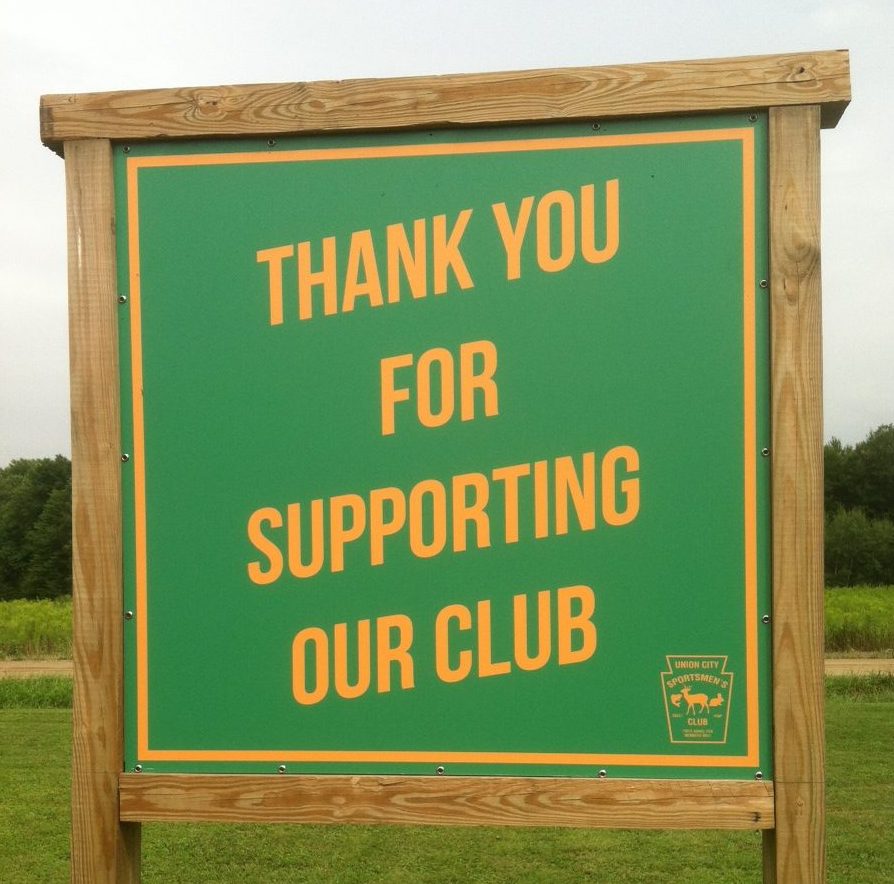 Better late than never as they say.  This years Big Gun Open was postponed from our normal early spring date (May 3) to Sunday September 13 due to Covid-19 pandemic.  The day started out like an instant replay of out Fish Fry Saturday.  Heavy rain and gusty wind.  Luckily by late morning the low clouds and rain dissipated and by early afternoon, the sun decided to show itself.

In the 12 gauge event presented by Pet Supplies Plus, the morning rain didn’t seem to faze Bernie Lenehan and Matt Kelly as they both ran 100’s.  Bernie shot in the 10:00 rotation while Matt went out at 11:30.  Matt prevailed in the shoot-off to win the event with Bernie runner-up.  AA1 went to Bryson Fox with his 98. A1 went to Matt Lenehan breaking 98 with Sam Marks Jr taking A2 with 97.  Tim Botwright took B1 with a very nice 99.  C1 went to Mark Johnson with his 97 and the other Johnson, Ron winning a shoot-off of 94’s with Chuck Lombardo. Jerry McCullough took D1 shooting 93.  Greg McChesney won E1 with his 90.

In the doubles event presented by King’s Service Center, Matt Kelly once again came out on top but not without winning a shoot-off of 98’s with Bryson Fox.  Fox then settling for runner-up.  Bernie Lenehan took AA1 with his 87 shooting Dave Wilke’s gun after his trusty Browning shed a firing pin, a first as he said.  A1 went to Matt Lenehan with an easy looking 96 but he had to work for it in a shoot-off with Rick Ruprecht.  Bruce Raymond’s 96 was good for B1 with Sam Marks Jr taking B2 with a 94.  C1 was captured by Keith Snow shooting a 87.  Keith avoided a shoot-off with Aaron Kopay after Aaron left the club early, so Aaron took C2.  D1 was then taken with a 85 by Greg McChesney.

We also want to thank the Mattress Den of Canadohta Lake for their sponsorship of this shoot.  Please be sure to give them a look if in the market and while you’re there, thank them again for helping us provide a quality event that bring shooters from quite a wide area namely the Pittsburgh area as well as our friends from western New York.

Thanks too to the volunteers!  Before our President Mike Wojtecki required major surgery, he put in numerous hours maintaining our club as well as taking signups for this shoot.  We were certainly glad to see him able to be with us for most of the day and to bring with him his world famous (don’t ask for the recipe) Greek sauce.  Dave Minella manned the registration desk as well as keeping score sheets current, not to mention grass cutting.  Chuck Issac came up from New Castle to help referee.  Beth Best was our gal in the kitchen.  Travis Monday rounded up the grub for us as well as referee duties.  George Kirik did some refereeing when he wasn’t competing. George’s wife was nice enough to bake us 3 delicious pies for desert.   Steve Best worked the scoresheets and refereed and along with Dave, worked to keep the club looking in fine shape.  Joe Fisher and Shannon Schweitzer for keeping the traps full.  Joe is also our resident mechanic, keeping our tractor and grass mower in shape.  Volunteers.  We can’t do it without ya!  If you are a member reading this and you would like to help YOUR club out, step up and put in a few hours.  We’ll be glad you did!