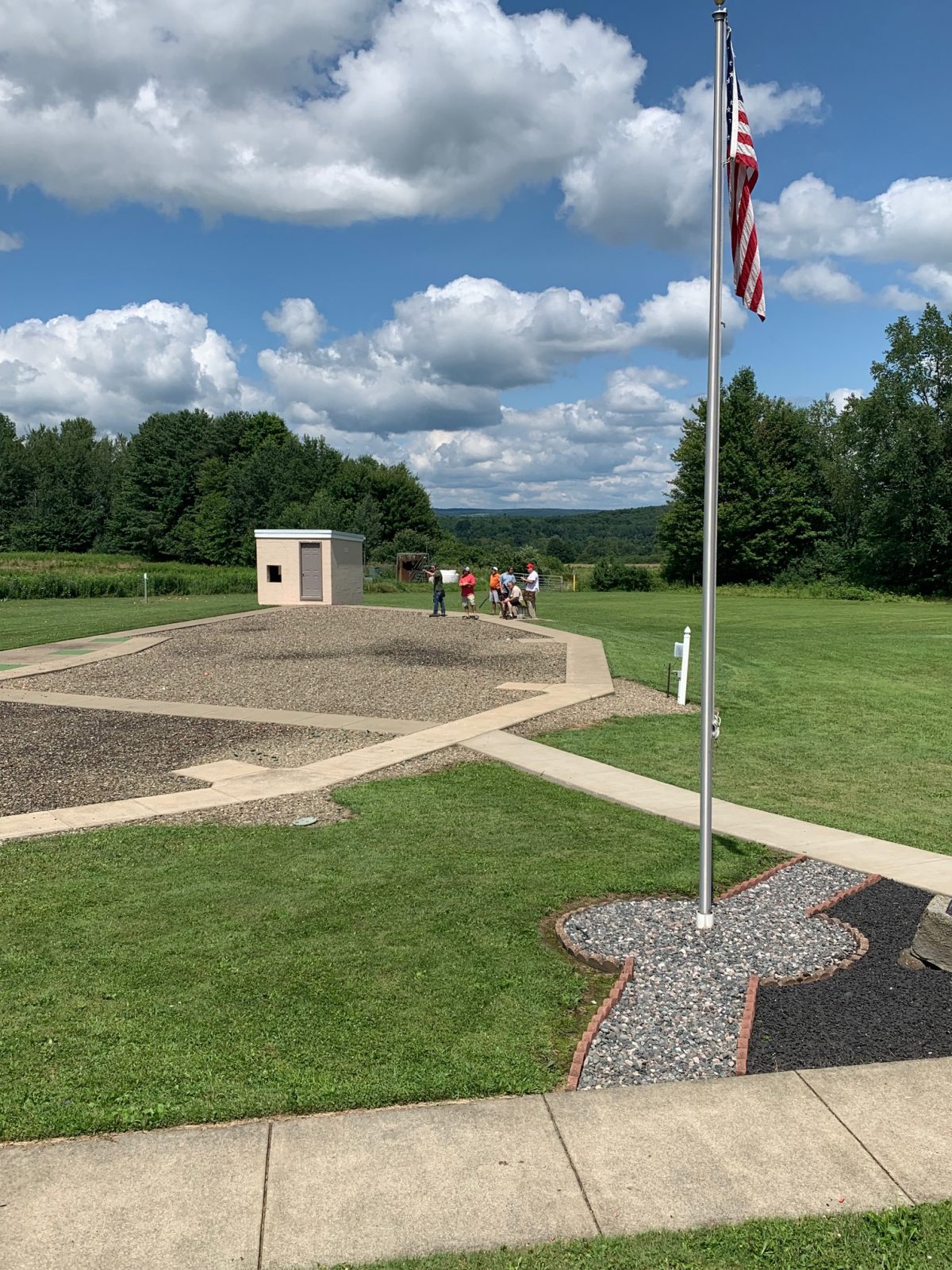 July 8th thru the 10th saw our 2022 Fish Fry Open, graciously presented by Mike Zavasky and his Pet Supplies Plus stores, be competed under the best possible weather conditions one could ask for.  All three days saw sun, ideal temperatures, light to moderate winds to keep us cool, thus making for great shooting conditions.  This year’s shoot featured $800 in added money & prizes.

Fridays doubles event, presented by Minella Plumbing, had 20 competitors.  Kurt Suprynowicz and Cody Hoth locked horns in a shoot-off of 96’s to determine champ & runner-up.  Kurt came out on top to give him the event.  In his first trip to the Fish Fry, Dana Driscoll shot-off 94’s with Dave Wilke for A1/A2 with Dana winning this one.  B1 went to Jack Harshbarger (first visit also) who broke 95 with Dale Snow taking B2 with his 89.  A 95 brought Tim Botwright the C1 title with Ron Johnson’s 90 snagging C2.  Keith Snow took D1 breaking 82 while Marie Trilli’s 78 getting D2.

Pet Supplies Plus sponsored our 20 ga event, with 24 shooters participating.  Kurt Suprynowicz and Bernie Lenehan busted 99 to set up another shoot-off.  Kurt prevailed in this one to take this gun with Bernie gathering the R/U spot.  Other results as follows:

Tucker & Gunther Dental Excellence was again our sponsor for our 410 event, with 23 shooters participating.  Dave Wilke’s excellent 97 was 2 clear of the next higher score fired by Kurt Suprynowicz who busted 95 for R/U.  Other results as follows:

The HOA event was again divided into Class 1 and Class 2 based on shooters HOA average.  Class 1 was 93.88 and up while Class 2 was obviously below 93.88.  Cody Hoth took Class 1 honors with his 391 with Bernie Lenehan being just 4 behind.

Class 2 was won with a 378 compiled by Paul Augustin.  His 95 in the 410 separated himself from Chris Dole and Dale Snow who finished just 2 back of Paul.

As has been our custom, a wooden decoy, donated by Union City Sportsmens Club, was presented to both Class 1 and Class 2 winners.  A shoot-off determines who gets first choice.  Cody won and then chose the Rainbow trout leaving the equally impressive Brook trout to Paul.

A huge THANK YOU to all of the club volunteers who got the club in shape for this event.  Mike, Wendy, Kim, Beth, Tim, Marie, Dale, & Keith for manning the lunch area and for preparing and serving our signature fish fry dinner after the shoot-offs on Saturday.  Paul for his walleye catching, cleaning, and cooking. Sam Marks and Chuck Issac for their expert refereeing along with Mike, Steve, & Mark Kinner for ref’ing the other field.  Mike, David, Steve, Joe, & Bud for after shoot cleanup.  Mike, Steve, and David for keeping the grass cut.  And Marc for keeping the clubhouse spotless.    Thanks again!

PLEASE show your appreciation for the sponsors of our shoot, shown above as well as the following, who were good enough to donate added prize money, by considering them first for your needs.  Shooting sports need them more now than ever before!  THANK YOU!