The 2019 Big Gun Open began on a cool but dry note, but then the sun finally did show itself but not until the days shoot-offs were concluding.  Regardless, winds were light and the cloudy sky provided good visibility as indicated by some real good scores.

The “Pet Supplies Plus” sponsored 12 gauge event featured Rick Ruprecht who didn’t bring his “B” class game, he brought his “AA” game!  His 100 in the 12 gauge event was the only one of the day,  his first registered straight, and brought him that gun championship.  Rick’s favorite hat was ventilated with prejudice at the end of the day.  Mike Zavasky’s 99 gave him the runner-up spot outright.  Thank Mike when you see him for sponsoring this event and be sure to stop in to one of his two Erie stores.

In the “King’s Service Center” sponsored doubles event, Rick once again came out on top with a very nice 98.  There were no less than four 97’s.  Kurt Suprynowicz bested Mike Zavasky and Brad Gregory for runner-up.  Scott Holman also had a 97 but had to leave before the shoot-offs.  Again, please give King’s your business to show your thanks for their sponsorship!

With his 198 total, Rick took the class 2 “Hilltop Hatcheries” HOA event with newcomer Joe Fisher coming in 2nd with very respectable 186, especially given the fact that this was his first registered shoot.  Nice Joe!

Mike Zavasky took the class 1 HOA prize with his smooth 196 total with Suprynowicz beating Gregory in a shoot-off of 195’s for 2nd place.  Thank George Kirik for his generous sponsorship!

We also want to give a big THANK YOU for American Legion LeBaron Post 237 for their additional sponsorship.  As they say, please “Thank a Veteran Today”

Thanks too to the club volunteers for registering, managing, ref’ing, trap filling, food serving, and cleanup’ing.  We cannot put these shoots on without them!  Special thanks to Mark Holthouse from NY for his professional ref’ing.

See the pics below for all the other scores. 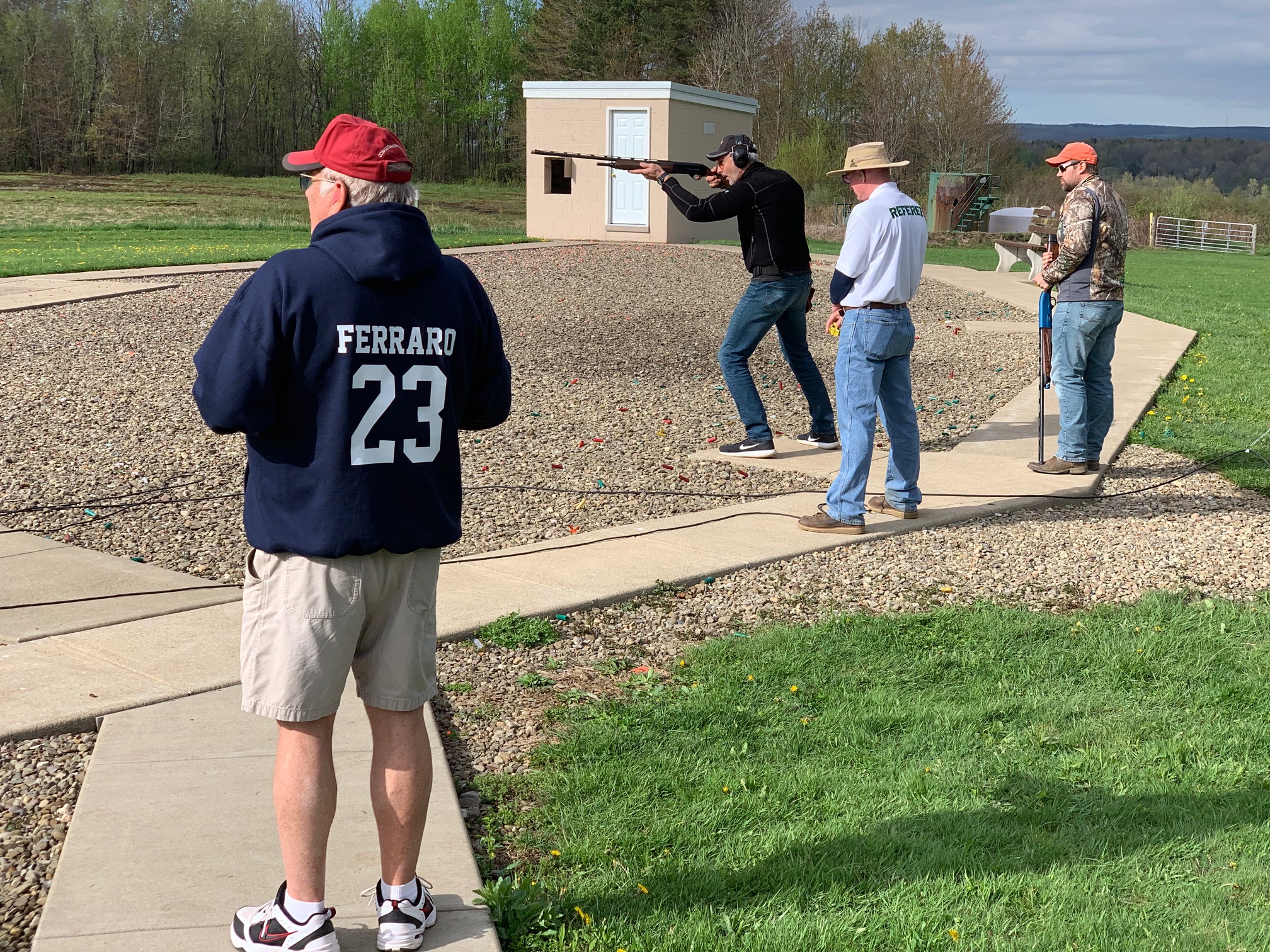